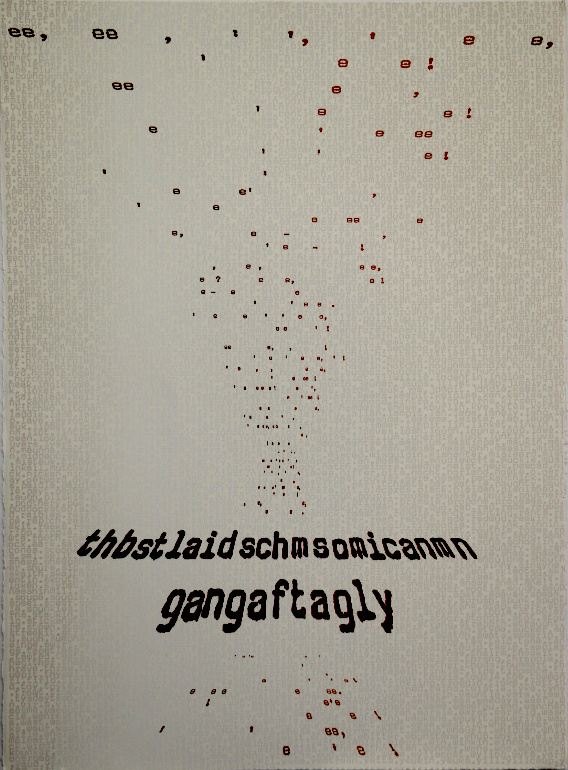 As part of the homecoming 2009, I was invited to create a new work, Burnes drop the ‘e’ for the inspired exhibition, commemorating the 250th anniversary of the birth of Robert Burns.

Burnes ‘drop the e’ is a multilayered screenprint, limited edition of 8. This references Robert Burns’ poem ‘Ode to a mouse’.

The background words are a glossary of Rabbi Burns Scottish words, graduating like a turning page. Over the top of the glossary the poem has been written using only the letter ‘e’, until we come to the most famous line, at which point the e has been omitted and a new phrase has been created. The inspiration for dropping the ‘e’ came from the discovery that Rabbi Burns’s father spelt his surname Burnes. Why, when and for what reason the ‘e’ was dropped remains a mystery. Other suggestions regarding Rabbis lifestyle may also be alluded to in the title itself.

For the opening of the Robert Burns birthplace museum in 2012 I created ‘tirl’– a multilayered screen print in a limited varied edition of 7.

Tirl (a word meaning to strip/reduce) is based on the poem, ‘Now westling winds’. Reducing the poem to purely the rhyming words, these have been loosely wrapped around his initials RB, which was based based on Burns own handwriting.

Along with Burnes drop the ‘e’ and ‘tirl’ , there are several other smaller individual artworks inspired by Rabbi Burns poems. 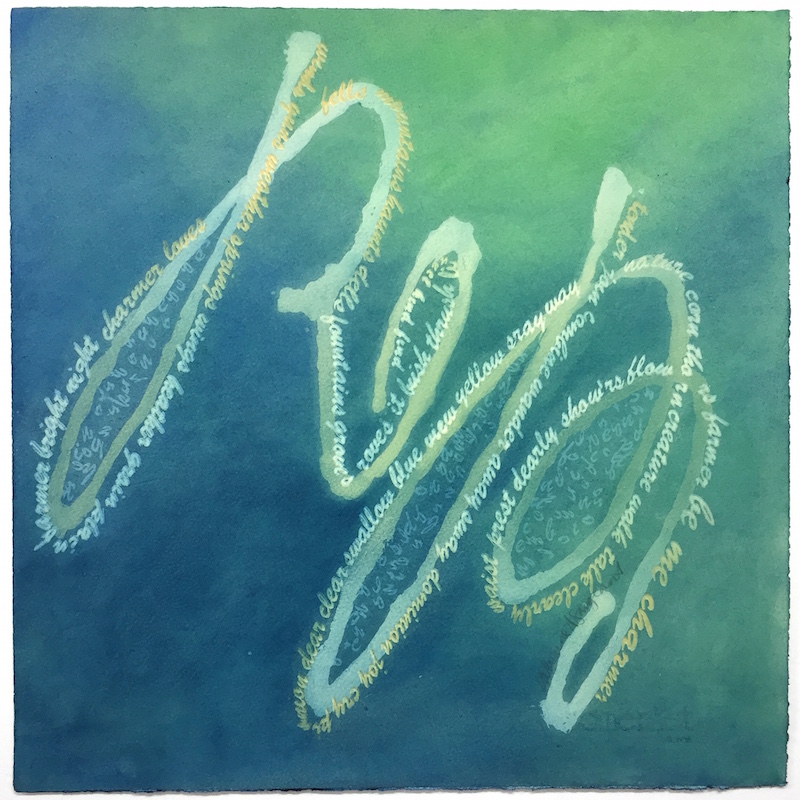 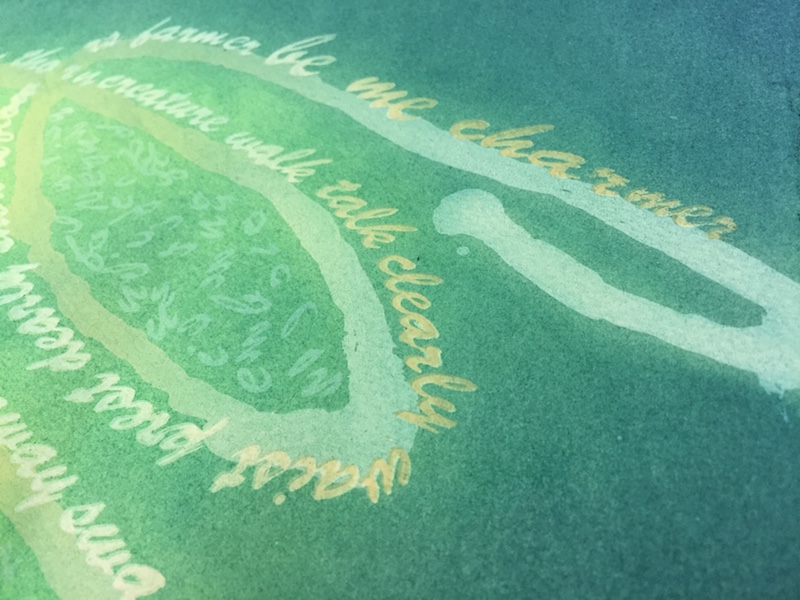 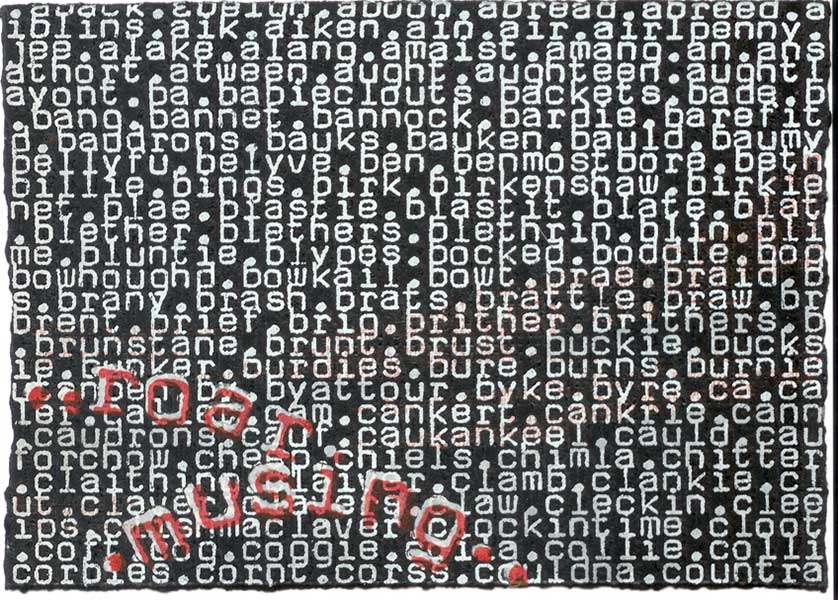 ‘musing on the roaring ocean’ 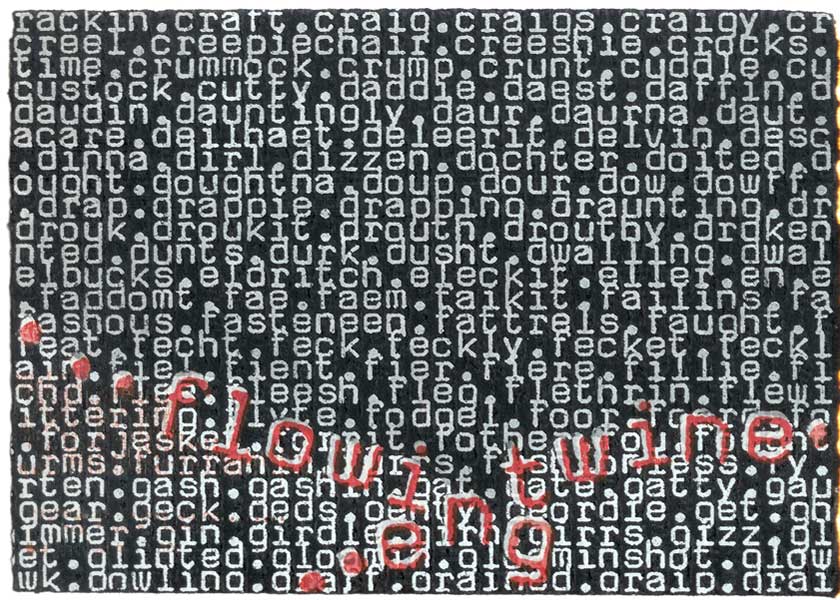